Saturday June 3rd, we are opening CrossFit Armada to the public for a Free Community Workout (WOD) at 9:00 a.m. Come and experience a great sweat session and see what CrossFit is all about. Tell your friends and family to come and enjoy a workout with you. We look forward to meeting new faces. For additional information please email me at esteban@crossfitarmada.com CrossFit Armada 6009 Cottonwood St Pearland, TX 77584

Our 5th annual Memorial Day Murph Challenge is scheduled for tomorrow at 8:00 a.m. We are opening up the box at 7:30am for check-in and prep work. The national anthem is scheduled for 8:00am followed by the WOD immediately afterwards. Join us to recognize and celebrate the armed forces that make this country so grand. #murph #crossfit #crossfitarmada #strongerfasterhealthier #sfh #pearlandsports #armadastrong #armadafamily #strengthtraining #olympiclifting #testyourfitness #

Armada Heroes Week Day 5- Tillman 7 Rounds For Time 7 Deadlifts (315/205 lbs) 200 meter Sprint 15 Pull Ups 45 seconds Rest Patrick Daniel Tillman (11/6/76–4/22/04) was a professional football player who left the National Football League and enlisted in the United States Army in May 2002. He joined the Army Rangers and served multiple tours in combat before he was killed in the mountains of Afghanistan. He was a recipient of the Silver Star, the third highest honor in the mi

Check out our Monthly Newsletter! 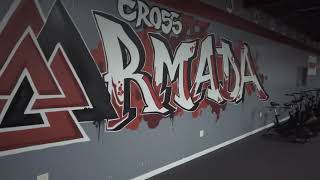 Here is a short glimpse of 20.5 in action! Thank you @oneil.donny for capturing! It was a great open

The most powerful leadership tool you have is your own personal example..

Now You Can Blog from Everywhere!